If a wound should touch you — there has already touched the [opposing] people a wound similar to it. And these days [of varying conditions] We alternate among the people so that Allah may make evident those who believe and [may] take to Himself from among you martyrs - and Allah does not like the wrongdoers [Qur’an, 3:140].

Trials can be of different nature. Prophet Job (Ayyub, peace be upon him) was tried with illness, loss of his children, and poverty:

And [mention] Job, when he called to his Lord, "Indeed, adversity has touched me, and you are the Most Merciful of the merciful” [Qur’an, 21:83].

Prophet Solomon (Sulayman, peace be upon him) was tried with riches, power and royalty:

And to Solomon [We subjected] the wind, blowing forcefully, proceeding by his command toward the land which We had blessed. And We are ever, of all things, Knowing [Qur’an, 21:81].

And We had certainly given to David and Solomon knowledge, and they said, "Praise [is due] to Allah, who has favored us over many of His believing servants" [Qur’an, 27:15]

Job showed patience, and Solomon was thankful. In a famous hadith Prophet Muhammad, peace and blessings be upon him, said:

And here’s what Allah Almighty says about common people, not prophets:

That originates from the weakness in faith. It’s hard to get through hardships for someone who is distant from Allah and from understanding of the reason of life. Some people take refuge in alcohol, others abuse drugs or limitless entertainment in order to somehow mute the hardships, and some even commit suicide.

The meaning behind every trial is reinforcement of faith, training of personality or even of the whole community. Trials can help reveal true believers, people of weak faith and hypocrites, and also help one see their own flaws that need to be straightened.

Allah would not leave the believers in that [state] you are in [presently] until He separates the evil from the good. Nor would Allah reveal to you the unseen. But [instead], Allah chooses of His messengers whom He wills, so believe in Allah and His messengers. And if you believe and fear Him, then for you is a great reward [Qur’an, 3:179].

Allah sent the believers bitter defeat in the Battle of Uhud, so that the mistake they made was further corrected. As we know, the Prophet, peace and blessings be upon him, ordered a group of archers to stay on the mountain top and cover other Muslim troops, but they left the post in order to collect trophies before its due time. The Muslims paid dearly for that disobedience, by losing both many heroes and the battle. As the Qur’an describes it,

And Allah had certainly fulfilled His promise to you when you were killing the enemy by His permission until [the time] when you lost courage and fell to disputing about the order [given by the Prophet] and disobeyed after He had shown you that which you love. Among you are some who desire this world, and among you are some who desire the Hereafter. Then he turned you back from them [defeated] that He might test you. And He has already forgiven you, and Allah is the possessor of bounty for the believers [Qur’an, 3:152].

Allah also sent defeat upon believers in the Battle of Hunayn, and then helped them take over. The reason was, there was a flaw in the beginning of the battle that needed redressal: they rather relied on their quantity than on Allah, and he showed them the cost of that:

Allah has already given you victory in many regions and [even] on the day of Hunayn, when your great number pleased you, but it did not avail you at all, and the earth was confining for you with its vastness; then you turned back, fleeing [Qur’an, 9:25].

As we see, the Lord tries peoples and communities, boosting their reeducation. While individual education is a long process mainly consisting of instructions, advice, criticism and personal example, only trials can put a person through a test and reveal their personal traits of character and flaws, and improve them, saving one years of education.

So, where is the link between relying on Allah and the problem of trials? For a believer, that connection is obvious: in any trial, one should rely on Allah and Allah only, and that is the main difference between a believer and someone who has forgotten God.

And will provide for him from where he does not expect. And whoever relies upon Allah - then He is sufficient for him. Indeed, Allah will accomplish His purpose. Allah has already set for everything a [decreed] extent [Qur’an. 65:3].

Allah is enough for us, and Allah has the measure and the term for everything. Why fear, is our fate and the time of our death is already predestined, and no one can change it but Allah?! Why not rely on Him when He clearly tells us that He has power over everything? How can we rely on some creation when He is our Lord and Creator? In the Qur’an, we read:

And to Allah belong the unseen [aspects] of the heavens and the earth and to Him will be returned the matter, all of it, so worship Him and rely upon Him. And your Lord is not unaware of that which you do [Qur’an. 11:123].

Even if something went wrong, if we made a mistake or kissed the dust, we should find the reason of that mistake and correct it, ask for Allah’s forgiveness, think thoroughly of what has happened and make a decision, and then, without doubt or fear, rely on Allah and continue acting for the sake of our faith and our people.

After people reconsidered their mistakes, here is what Allah called Prophet Muhammad, peace and blessings be uon him, for:

So pardon them and ask forgiveness for them and consult them in the matter. And when you have decided, then rely upon Allah. Indeed, Allah loves those who rely [upon Him]. [Qur’an. 3:159].

As we see, Qur’an provides guidance that can solve many of our problems. Qur’an motivates people to do good and be active, to abandon passiveness and despair.

When we see a believer who relies on their Creator, fears nothing and puts right their errors using their experience, we must understand that all that comes from their faith in Allah. What were the words the Prophet’s Companions began every cause with?

Say, "Never will we be struck except by what Allah has decreed for us; He is our protector." And upon Allah let the believers rely [Qur’an, 9:51].

Those are the words that must clear our conscience, be our conviction, fill our hearts with confidence, will and firmness.

In conclusion, I’d like to remind you the story of Dhul-Qarnayn, a great ruler and warlord. He well understood that passiveness and apathy, idleness and pessimism could by no means be justified by relying on Allah. When lazy people, weak in spirit and feeble minded, asked him to defend them against Gog and Magog, Dhul-Qarnayn didn’t build a wall for them, but instead organized them, shared responsibilities among them, and call them to make their own destiny with his assistance. Together, they built a wall to protect those people from their enemies.

They said, "O Dhul-Qarnayn, indeed Gog and Magog are [great] corrupters in the land. So may we assign for you an expenditure that you might make between us and them a barrier?" He said, "That in which my Lord has established me is better [than what you offer], but assist me with strength; I will make between you and them a dam. Bring me sheets of iron" - until, when he had leveled [them] between the two mountain walls, he said, "Blow [with bellows]," until when he had made it [like] fire, he said, "Bring me, that I may pour over it molten copper." So Gog and Magog were unable to pass over it, nor were they able [to effect] in it any penetration. [Dhul-Qarnayn] said, "This is a mercy from my Lord; but when the promise of my Lord comes, He will make it level, and ever is the promise of my Lord true." [Qur’an, 18:94-98].

Thus, Dhul-Qarnayn revealed the true meaning of relying on Allah, that is one should rely on Allah only after they’ve done everything in their power, by thought and action. As our Prophet, peace and blessings be upon him, once said: “First tie your camel, then trust in Allah!” 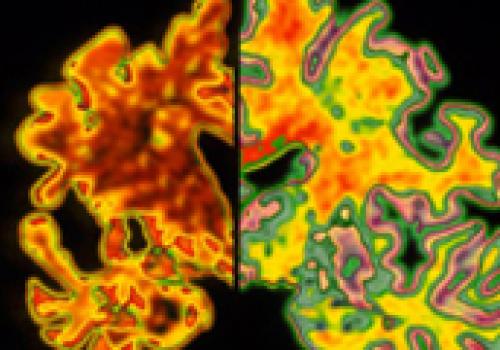 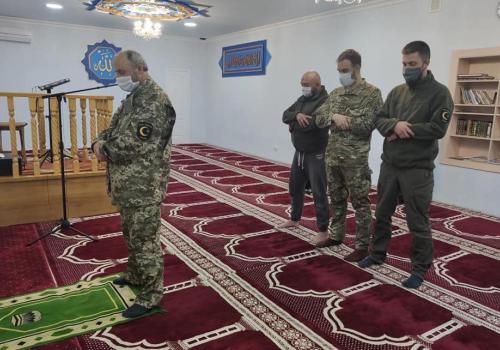 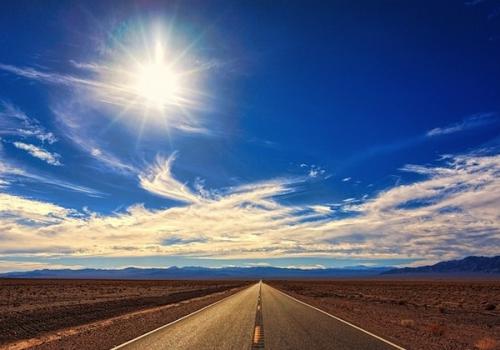