The Significance of Self-control and Self-purification

It is a common idea amongst all religious and spiritual traditions that human beings should have some kind of self-control. Although we enjoy free will, we need to exercise our free will in a responsible way. In the same way that we expect others to respect our dignity and interests, we should respect dignity and interests of others. We should also safeguard our own dignity and long term interests.

Thus, we cannot simply go after our whims and desires and do whatever we want. We need to have self-control and self-discipline which leads to self-purification. If we purify our hearts we will no longer need to resist our temptations and control ourselves against lower desires and lusts, since a purified person desires nothing except what is good and moral for himself and others. In what follows, we will study the necessity of self-control and self-purification.

On the necessity of self-control, the Glorious Qur’an says:

And as for him who fears to stand in the presence of his Lord and forbids his own soul from its whims and caprices then surely Paradise is the abode. (79:40 & 41)

O David! …do not follow the whims of your own soul for they will lead you astray from God’s path. (38:26)

O you who have faith! Be maintainers of justice and witnesses for the sake of God, even if it should be against yourselves or [your] parents and near relatives, and whether it be [someone] rich or poor, for God has a greater right over them. So do not follow [your] desires, lest you should be unfair, and if you distort [the testimony] or disregard [it], God is indeed well aware of what you do. (4:135)

Here we find two pieces of advice. Firstly, to observe God’s Will, to fear Him and to try to obey Him. And secondly, to forbid our soul from doing what is wrong and harmful to us. This becomes only possible when we have some kind of self-control.

When we are at a ‘crossroads’ and want to choose which way to turn, we may not always be able to find out what is the right course of action. But it is important to at least try to find out what our selfish desire wants us to do. God has given us the ability to distinguish between what our egoism or greediness wants from us and those things which are in our ‘real’ interests.

There is also another method which we can use when we want to make a decision and have two or three options to consider and do not know what to do. In such cases, it is useful to try to imagine that a person who is very pious, and whose actions you trust and accept, is in your place. Then try to decide what that person would do if he were in your place.

So, it is a basic fact that we must have self-control. If we believe that we should just do what we want by satisfying and gratifying ourselves, then there is no point in talking about spiritual direction.

Of course, Islam tells us that self-control is just a beginning; it is for those people who are at the start of the journey. What we need to do is to transform our soul from one which has an interest in lower desires into a soul which instead has a yearning for good things. Then our soul itself becomes a helper and an assistant to us. But this is a matter of training and purifying the soul.

There is a hadith which says that a believer in the mosque is like a fish in water but when a hypocrite is in the mosque he feels like he is in prison and always wants to escape. So these are the different states of the soul that we can reach through self-training and self-purification.

In the Glorious Qur’an, God emphasises the purification and purity of the human soul as follows:

So, after swearing eleven times, after so much emphasis, God declares that the person who purifies his soul will be successful and whoever pollutes and corrupts his soul will fail. On the Day of Judgement there will be two groups of people: those who are prosperous and happy because they purified their soul and those who are in an unfortunate position because they were careless and negligent of their soul.

Purification of the soul is a prerequisite for closeness to God. Indeed, the whole point of morality and spirituality is to purify one’s soul. It is only then that the soul starts shining, receiving and reflecting utmost radiation and light from God.

If we want to meet God, Who is the Most Pure, then we need to achieve purity. It is impossible to be polluted and then try to go towards God. If we want to go somewhere where the people are smart, well-dressed and beautiful, then we too need to make ourselves clean and tidy, we should put on good clothes and thus make ourselves somehow compatible with them. Otherwise they will say that we will spoil their gathering and damage their reputation.

One of the main tasks of all the Prophets (a.s.) and a major aim behind all their endeavors in teaching the divine message was to help people to purify their souls. Referring to the mission of the Prophet Muhammad (s.a.w.), the Glorious Qur’an says:

He is the one who has sent amongst illiterate people an apostle from among themselves who recites to them His verses and purifies them and teaches them the Book and the wisdom. (62:2)

Certainly God conferred a great favour upon the believers when He raised among them a Messenger from among themselves, reciting to them His verses and purifying them, and teaching them the Book and the wisdom, although before that they were surely in manifest error. (3:164)

Thus we see that one of the tasks of the Holy Prophet (s.a.w.), in addition to reciting the Qur’an and teaching the Qur’an and wisdom, was to help us to purify our souls. Indeed, the appointment of Prophet Muhammad (s.a.w.) for such tasks was an answer to the prayer of Abraham (a.s.) and Ishmael (a.s.) after they raised the foundations of the House (ka’bah):

Just imagine how wise Abraham was! How lovely his supplication was! In three places in the Qur’an, God says that He has sent the Holy Prophet (s.a.w.) to do the same thing that Abraham (a.s.) and Ishmael (a.s.) had wanted: to recite for the people the verses of the divine Book, to teach them the divine Book and wisdom and to purify their souls.

Of course, it must be God Himself who inspired them to pray in this way. God is so merciful that He first invites us to call Him, then He inspires us what to ask and then he answers our call and prayer.

There are a number of sources of impurity. A major or the major source of impurity is the attachment to the materialistic life and worldly affairs to the extent that the Prophet Muhammad (s.a.w.) is quoted as saying:

The attachment to this world is the source for every wrong. Beware how the one who is attached to this world has loved what God dislikes. What wrong can be a greater crime than this?

The materialistic world (dunya) is the least important and valuable thing in the sight of God. To be attached to it and make it one’s ultimate end in one’s life is a grave mistake and impurity. Therefore, one of the major treatments of this problem and a crucial means of purification of the soul is to ask people to give alms. In some twenty verses of the Qur’an, giving alms (al-zakat) is mentioned right after establishing prayer (iqamat a-salat). For example, Allah (swt) says in the Qur’an:

And they were not commanded except to worship God, dedicating their faith to Him as men of pure faith, and to maintain the prayer, and pay the zakat. That is the upright religion. (98:5)

Zakat is derived from the same root as tazkiyah (purification) i.e. za-ka-wa which means growth and purity. It has been suggested that the reason for calling alms “zakat” lies in the fact that paying zakat purifies one’s money and possessions. It is also true that paying alms causes growth (namā) and blessing (barakah) in one’s money and sustenance.

It seems more reasonable to suggest that the main reason for calling alms “zakat” is that it helps in purifying the soul by getting rid of the love for this world. This is why God says to the Prophet Muhammad (s.a.w.):

Take charity from their possessions to cleanse them and purify them thereby, and bless them. Indeed your blessing is a comfort to them, and God is all-hearing, all-knowing. (9:103)

In this verse, instead of the term zakat, sadaqah (charity) is used. However, the same point is there: Giving money for the sake of God helps in purification of the giver.

He who gives his wealth to purify himself and does not expect any reward from anyone, but seeks only the pleasure of his Lord, the Most Exalted, and, surely, soon he will be well-pleased. (92:18-21)

Thus when someone spends some money for the sake of God on things such as giving to the needy people or building places for common good such as Mosques, seminaries, schools and hospitals both giver and receiver benefit. However, the main beneficiary is the giver who is giving some money which is the least valuable thing in the sight of God and instead achieves purity and pleasure of God.

It is a basic fact that we must have self-control. There can be no spirituality without self-discipline. We cannot develop ourselves by simply doing what we wish and satisfying and gratifying our soul.

Of course, Islam tells us that self-control is just a beginning. What we need to do is to transform our soul from one which has an interest in lower desires into a soul which instead has a yearning for good things.

By training and purifying our souls, our soul itself becomes a helper and an assistant to us. A major task of the Prophets and in particular the Prophet Muhammad (s.a.w.) was to help people to purify themselves.

The reason for such a great emphasis on self-purification is the fact that God is the Most Pure and the Most Perfect and it is only by purification of the soul that we can achieve our ambition of getting close to Him. One major way of purification is to get rid of attachment to the materialistic life by giving out one’s own money for the sake of God. 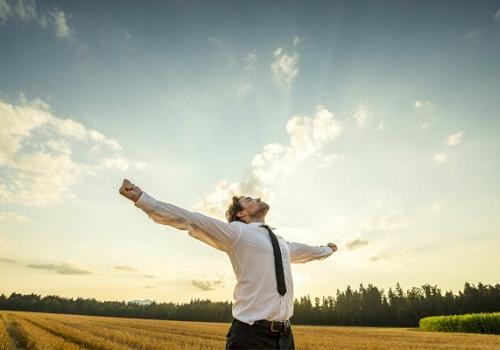 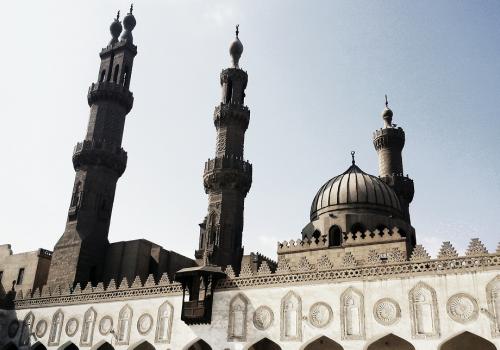 Analysis
Modernity and the Question of Religious Authority
11 January, 2018
30 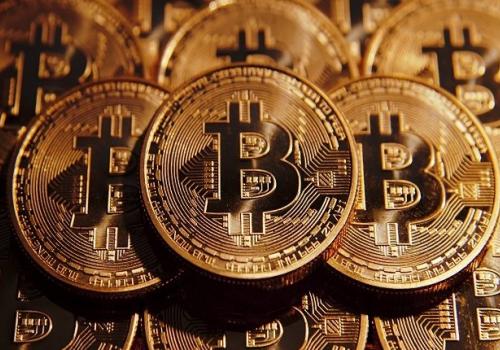 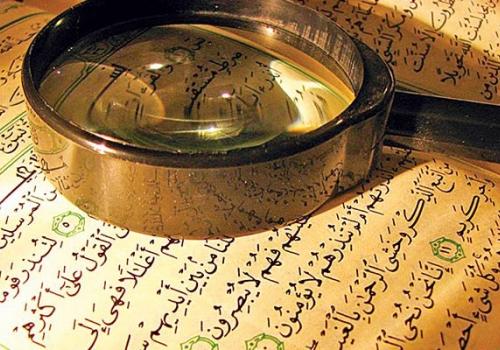