12 Amazing Tips to Love Your Prayer Like Never Before!

Can One Who Joined the Prayer Late Lead Another?

Get ready for the ultimate salah-booster; a set of amazing productivity tips to enhance your prayer, give you a fresh perspective on the world of salah, and make you love your prayer like never before, insha’Allah!

And seek help through patience and prayer, and indeed, it is difficult except for the humbly submissive (to Allah). (Quran 2:45)

1. Say Allahu Akbar and Throw the World Behind You

Did you ever think: why do we start our prayer with Allahu Akbar not with subhan Allah? Realize that when you say Allahu Akbar you affirm that the one before whom you are about to stand is greater than anything occupying you at that moment— greater than your sleep, your families, your bills, and your worries. Just imagine that when you say Allahu akbar while raising your hands you are throwing all of that behind you!

When you stand to pray, Allah commands: Raise the veils from between Me and my servant! As soon as you say Allahu Akbar and start your prayer, Allah sets His beautiful face to yours and doesn’t turn away from you, unless you do.

When your thoughts or your sight drifts off, He orders the veils to be drawn back down.

Visualize these veils being lifted to keep concentrated with your heart and body. Are you still drifting? This is why you repeat the great words Allahu Akbar as you move into each position; it’s a reminder and a new chance again and again to focus!

Imagine walking into a palace, how would you recognize the servants of the king?

Probably by their humble position: looking down. As you lower your gaze to the place of your prostration and place your hands right over left and close to your chest it is time to salute the King.

Imagine standing in front of Allah as you utter this beautiful salutation and feel each word:

Subhanaka Allahumma wa bihamdika, wa tabaaraka ismuka wa ta’alaa jadduka (How perfect You are O Allah, and I praise You. Blessed be Your name and lofty is Your position and none has the right to be worshiped except You.

Realize that only the parts of salah you are mindful of are being accepted and that Satan does his very best to steal every sweet moment you have with Allah!

4. Feel Each Ayah of Surah Al-Fatihah is Answered

You are now ready to enter the essence of it all: Surah Al-Fatihah, the greatest chapter of the Quran, without which your prayer is invalid. Know that Allah Himself answers back when you recite of Surah Al-Fatihah, so add a short pause after each ayah, feeling this amazing dialogue. How can you ever drift of in this part of the prayer?

5. Utter His Name with Pure Love

What has brought you to stand here right now? It is your love and longing to be with Allah. And when you meet up with your beloved, what do you first say? The sweet sound of the beloved’s name, the name that blesses everything it falls upon! Feel the bismillaahir-rahmaanir-raheem soothing your heart as it gently rolls off your lips.

The Prophet told us:

Really feel gratefulness when you say alhamdulillah. Did you see those documentaries where they zoom out from the cells of a plant’s leaf all the way to the planets and galaxies?

Now instead of that leaf, start the zoom out process with the image of yourself standing before Allah. Then zoom back down, back through the universe, to the place you are standing in prayer. The next time you pray view yourself from above and far away and truly taste the meaning of Rabbil al-alameen (Lord of the worlds)!

Have you ever wondered why Allah’s names Ar-Rahman and Ar-Raheem come before Maaliki yawmid-Deen (Master of the Day of Judgment)? Be reminded that it is the Most Gracious and Merciful who will judge us on the the Day of Judgment! So feel empowered and comforted when you say Ar-Rahmanir-Raheem and then pause a moment at Maaliki yawmid-Deen, realizing the horrors of that Day.

Let this remind you to make Allah alone your focus, not the people. So when you are asked, why did you do this or that (deed), you can firmly answer: for Allah!

Feel this ayah by knowing that the companions used to weep for hours reciting it.  One of them was once praying in Mecca. His friend went ahead and did the tawaf and when he returned to him, he was still at this verse, repeating it and crying, until the sun came up.

9. Say Ameen As if Your Life Depended on it

The most comprehensive supplication you can make is: ihdinas-sirat-al-mustaqeem (Guide us to the straight path). See how you followed the proper etiquette of how to ask Allah?

You started glorifying and praising Him and then you make your request: Guide us. Now realize that your entire existence depends on this supplication. The ameen you’ll pronounce now will have to come from the bottom of your heart. Ameen means: My Lord, grant or answer (my prayers). Say ameen as if you have been sentenced to death and are pleading for pardon, begging with passion.

10. Feel the Bond with Your Lord

When you say subhana Rabbiyya- al-‘adheem (How perfect My Lord is, The Supreme) in ruku’, focus on the pronoun that means my (in Rabbi). It adds that element of bonding: He is My Lord, who raised me in His care and who is nurturing me. Know the Prophet and the companions used to be in the bowing position as long as he would be in the standing segment of salah.

One companion said that he recited Al Fatihah, then Al Baqarah, Ali Imran, An-Nisaa’ and Al Ma’idah, and the companion Abdullah Ibn Al Zubair was beside him, still in his ruku’!

11. Win the Grand Finale: Your Sujood

Your sujood is the ultimate symbol of complete submission to your Creator. The Prophet said:

The closest that a servant is to his Lord is when he is in prostration. (Muslim)

Prostrate much because there is no Muslim that prostrates to Allah except that Allah raises him one degree in Paradise by it and forgives for him a sin. (Ahmad)

Imagine you are being raised one degree in Paradise with each sujood and a sin falls off you with each prostration. Prostrate with body, heart, and soul and taste the sweetest feeling in the world!

12. Supplicate Before the Tasleem

… Then let him choose whatever supplications he wishes. (Al-Bukhari and Muslim)

Just before you say tasleem, make at least three heartfelt dua’s to benefit from this treasure chest  instead of rushing to say the salaam!

Remember this: the sweetness of this life lies in remembering Him, the sweetness of the next life lies in seeing Him! The next time you proceed for prayer, go because you love Him, go because you miss Him and long to be with Him. Feel your heart flutter. Only then, will you be on your way to attaining that inner peace and comfort salah was prescribed for. [Mishari Al-Kharraz] 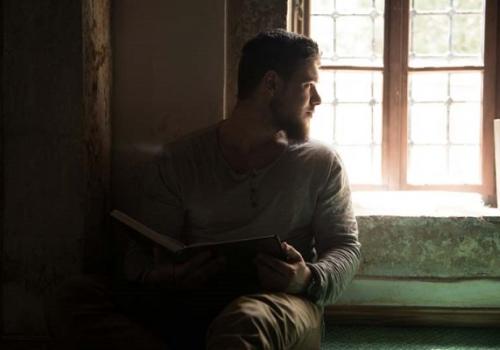 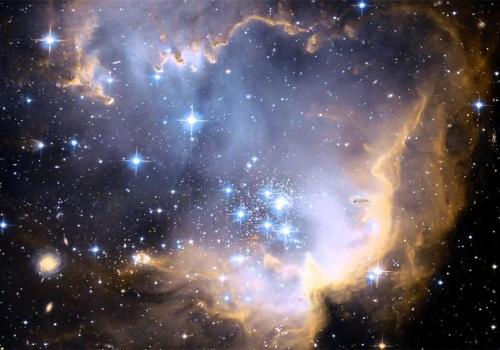